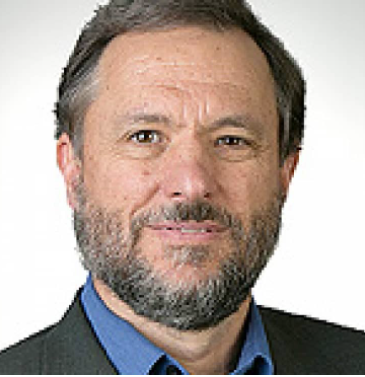 Stephen Zunes, in this article, evokes the announcement made by Donald Trump on December 10, 2020, which provoked strong reactions in the press and on the world geopolitical scene. Trump officially recognized the illegal Moroccan annexation of Western Sahara. By this statement, contrary to a series of UN Security Council resolutions and a landmark World Court ruling calling for self-determination, the United States becomes the only country to recognize this illegal occupation. Trump’s statement was accompanied by Morocco’s official recognition of Israel, a country that is also an occupying power. Zunes recalls that for several years in the United States, previous administrations have supported the Israeli and Moroccan occupiers, allowing them to engage in a “peace process”, leaving the Palestinians and Sahrawis without any means of pressure. Thus, Trump’s declaration officially formalized political decisions that have been in place for several years in the United States, decisions that have allowed the consolidation of Moroccan and Israeli domination over the occupied territories. Finally, Zunes calls on Americans to force a change in policy given the essential role played by the United States on these illegal occupations. In particular, he points out that such activism played a key role in American support for Indonesia’s occupation of East Timor in the 1990s (see the following article on this subject).

Stephen Zunes looks back at the historical development of the Western Sahara conflict. He focuses in particular on the role of Western countries in the resolution of the conflict and their relations with the Kingdom of Morocco. He draws a parallel with East Timor, which for many years was dependent on Indonesia, itself supported by Western countries such as the United States and France. The resumption of arms in Western Sahara since November 13, 2020, the election of Joe Biden in the United States and the latest announcement by Donald Trump concerning the recognition of Morocco’s sovereignty over Western Sahara put the issue of self-determination of the Saharawi people back in the spotlight. Zunes reiterates the importance for the United States and France to respect their obligations under the UN Charter and to insist that the Kingdom of Morocco respect international legal standards. This seems today indispensable for ending the armed conflict in Western Sahara and for the maintenance of the liberal world order as a whole.

“It’s not often that Western Sahara makes international headlines, but in mid-November it did: Nov. 14 marked the tragic—if unsurprising—breakup of a tenuous, 29-year cease-fire in Western Sahara between the occupying Moroccan government and pro-independence fighters. The outbreak of violence is concerning not only because it flew in the face of nearly three decades of relative stasis, but also because Western governments’ reflexive response to the resurgent conflict may be to upend—and thereby hamper and delegitimize for perpetuity—more than 75 years of established international legal principles. It is imperative that the global community realize that, in both Western Sahara and Morocco, the path forward lies in adhering to international law, not overriding it […]”.

Read the rest of the article here.

Professor at the University of San Francisco since 1995, teaching courses on the politics of the Middle East and other regions, nonviolence, conflict resolution, U.S. foreign policy, and globalization. He served as the founder and first director of the Middle Eastern Studies Program.

A prominent specialist on U.S. Middle East policy, Professor Zunes has presented hundreds of public lectures and conference papers in both the United States and over a dozen foreign countries. He has traveled frequently to the Middle East and other conflict regions, meeting with prominent government officials, scholars, and dissidents. He has served as a political analyst for local, national, and international radio and television and as a columnist for several print and online publications, and has published hundreds of articles in academic journals, anthologies, magazines, and elsewhere on such topics as U.S. foreign policy, Middle Eastern politics, Latin American politics, African politics, human rights, arms control, social movements, and nonviolent action. He has served as a writer and senior analyst for Foreign Policy in Focus, an associate editor for Peace Review, and a contributing editor of Tikkun.