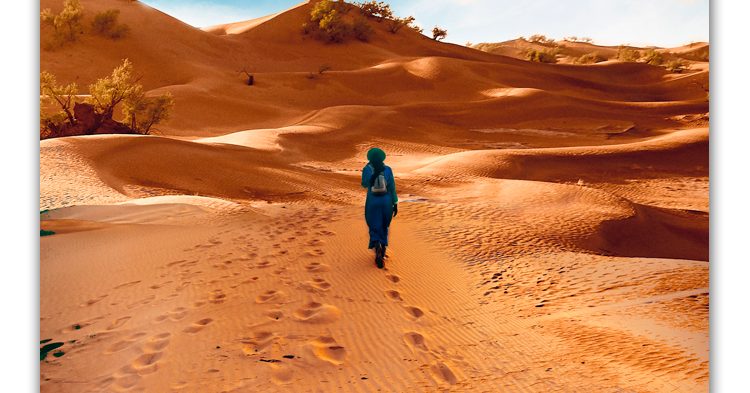 Larosi Haidar Atik . After the first Sahrawi liberation war, he settled in Spain, where he obtained a degree and a doctorate in Translation and Interpreting from the University of Granada, where he is currently teaching. He has participated in several poetic anthologies such as One Thousand and One Saharawi Poems (2013) and Saharawi Poets. Generación de Amistad (2013) and in an anthology of short texts titled Don Quijote, el azri de la badia saharaui (2009). In addition to various academic publications in various media, he has published different works on translation and Saharawi culture, among which we can highlight Cuentos saharauis (2007), the result of his doctoral thesis; editing and co-authorship ofThree Arab loves: an approach to love in Al-Andalus, Morocco and Western Sahara (2013); the co-edition of Río de Oro (2018) and Saharauidades (2020). Likewise, he has translated from French into Spanish Ver Smara y muerte (2015) by Michel Vieuchange, as well as from Arabic into Spanish Geografía del Sahara Occidental (2016) by Buchar Ahmed.