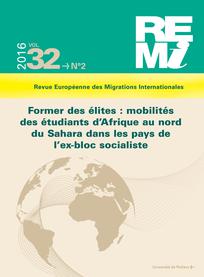 The Saharawi-Moroccan War (1975-1991) was defined by the regional struggle between Morocco and Algeria for leadership in the Maghreb as well as by international Cold War tensions. This context influenced both the Western Sahara conflict as well as the social and political emancipatory project of the Saharawi national liberation movement, whose aim was to establish an independent state through decolonization. This project had a strong impact on the Saharawi people, particularly those born just before the start of the war, who sought to carry on the legacy of their parents’ struggle. Part of their emancipatory project began in the second half of the 1970s, with thousands leaving the refugee camps they found themselves in to study in countries of the Maghreb, Latin America and Eastern Europe. Among these countries with which Saharawi authorities had signed agreements on education, Cuba played a key role. Given its internationalist role in Africa, Cuba was a principal training ground for several thousands of young Saharawi. This generation then returned to the refugee camps shortly before the 1991 peace plan was signed, which nevertheless blocked a political solution to the conflict. As such, these Saharawi were pushed to migrate once more, becoming the vanguard of an emerging economic migration, mainly to Spain, that broke with the central role they were destined to play in the future Saharawi state.