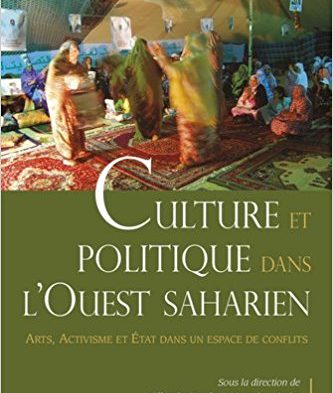 The western Saharan region is often described as a “endemic” space of political instability: the secession of Northern Mali in 2012 and the overthrow of Amadou Toumani Touré, renewed tensions in Western Sahara, Eternity, movements and figures of emancipation in Mauritania denouncing the role of political and religious elites in the reproduction of a fundamentally inegalitarian social order.

Based on recent field surveys, this book offers an unprecedented analysis of how current political changes in the region take place in defined cultural universes, examines how power practices are being redrawn with the emergence of new actors and Of new communication technologies, reveals the importance of the cultural argument and artistic productions in collective struggles.

In a region where access to the land is often complex to negotiate, this book offers new approaches to the socio-political dynamics at work proposed by a new international generation of researchers at the crossroads of anthropology, history , Political science and literary studies.

Sébastien BOULAY is an anthropologist, lecturer at the University Paris Descartes, Faculty of human and social sciences of the Sorbonne, and member of the Center Population & Développement (UMR 196 CEPED).