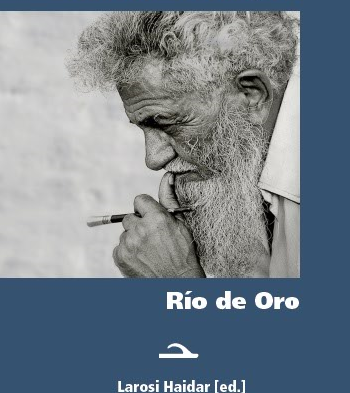 Abstract from the introduction:

Here is the image offered of the natives of the African coast by the Marine Infantry Lieutenant Joaquín España in July 1894:

“They are cadging, demanding, vindictive, distrustful and astute; very accustomed to loitering, rapine and crime. The finest and most cruel thief, enjoys great fame among them. […], man and woman are united here only by the blind and intemperate instinct of passions, the consequences of which they alone bear, when, worn out by work and laden with small children, they are abandoned by their husbands, who without any scruple take on a new wife, to whom they await the same fate as the former spouse” (our translation).

The author of such a detailed physical and psychological description of the Saharawis at the end of the 19th century ends up advising those who visit these territories to follow the illustrative saying: Do not trust the Moor twenty-four hours after death. We suppose that, in no way, this procedure was something exclusive of the Spanish authors of the time but, rather, it was the discursive mechanics followed by all the colonialist environment. It was evident that the justification of the colonial act, the occupation of the territory of the other, had to go through its demonization and, above all, through its dehumanization; which would be achieved through the creation of a Sonderweg, a particular path, characteristic of this new imprint that had to label the neighbors of the other shore, and which is none other than exoticism, its exotization, that is, to manufacture them again until they do not even recognize themselves. With this new image, and although it may not seem so, they will be welcome because, as Kundera said of a character from Rabelais, “And here’s the curious thing: that coward, that lazy, that liar, that presumptuous, not only does not provoke any indignation but it is, in that moment of his boasting, when we love him the most”. This same image, which is nothing more than a conversion of the other into a kind of despicable buffoon with the aim of allowing him to be accepted in some way, we can even see it in very later texts and even when only the author seems to want to offend, because he does nothing more than “describe facts”. This is the case of the exquisite description given by González Álvarez of the whims and hobbies to which Jatri Yumani, Saharawi representative in the Spanish Courts of those last years of Spain’s presence in Western Sahara, was very much given:

“His personal requirements have always been minimal: to eat and to be able to marry once or twice a year (he is fifty-four years old and fifty-six women). The money he received from Spain allowed him to satisfy both aspirations, since buying a woman did not cost him more than thirty thousand pesetas, because in the Sahara14 women are still being bought, and in this field he likes young people, teenagers, almost black complexions and meats. She doesn’t speak Spanish, she always applauds and gives a letter of nature to a peculiar smile” (our translation).

With the last sentence still resounding and its echoes repeating in the four corners of memory, it is inevitable not to remember the canon prescribed by Binyavanga Wainaina when venturing into writing about Africa, since we must not forget that the Sahara is in Africa. Thus, one of the Kenyan writer’s recommendations is that in choosing our African characters we should think about including “corrupt politicians, inept and polygamous travel guides and prostitutes with whom you have slept. The Loyal Servant always behaves like a 7-year-old and needs a firm hand. It is obvious that when we inferior the others, they end up being inferior; when we dehumanize them, they end up being treated as “non-human”, that is to say, without looks or scruples of any kind: insulted and despised, ignored and humiliated, and also beaten, tortured and murdered without the least of remorse being felt, nor is the weakest voice raised by such horrible actions. The only voice that must, and can, be heard is the one that underpins and reinforces the hegemonic discourse whose final goal is to seize the possessions of others, their wealth and their territories.