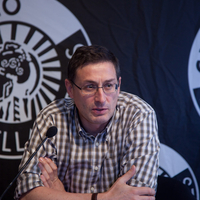 The live intervention of Isaías Barreñada Bajo for Solidarity Rising on the place of Spain in the conflict in Western Sahara is available in replay in our section our experts take the floor !

Isaias Barreñada Bajo is Professor of International Relations at the Universidad Compultense de Madrid. His areas of research are Spanish and European foreign policy, and the conflicts in Palestine-Israel and Western Sahara.

This seminar deals with the question of Spain’s role in the emergence and continuation of the conflict in Western Sahara. Throughout the many decades that have marked the conflict, the decisions and actions taken by Spain have had a significant impact on its course. In this seminar, Professor Barreñada Bajo gives an in-depth presentation of these decisions and actions, providing elements of intelligible explanation.