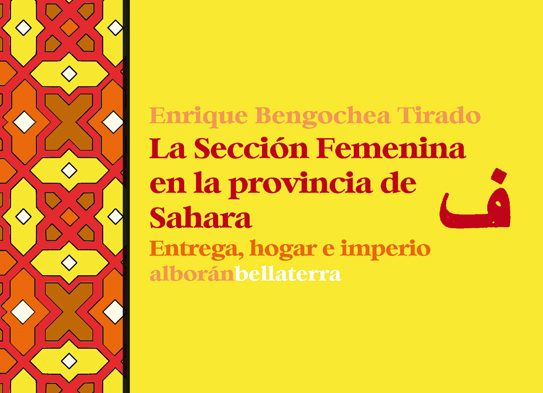 In 1961 the Women’s Section of the FET and the JONS began to be implanted in the Spanish colonies in Africa with the functions that it had been carrying out in the metropolis since 1939. This institution, born as the feminine wing of the Spanish Phalanx, functioned within the Franco dictatorship as a device to frame women in the State. Thus, when in 1958 the colonies of Sahara, Ifni, Rio Muni and Fernando Poo became considered provinces “as Spanish as Cuenca”, their presence helped to offer an image of “Hispanicization” of these territories. Until then, the Sahara had received little attention from the Spanish state. The sixties saw the growth of some urban centres, such as El Aaiún and Villa Cisneros, as well as the increase in investments, reflected in the Parador de Turismo or the phosphate mines of Fos Bucraa. In this context, the women’s organisation sought to carry out its own agency, justifying its work in an image projected on Saharawi women, portrayed as dependents. A story that broke in the seventies thanks to the massive participation of the latter in anti-colonial mobilizations. This book, made from an intense work of archival work, seeks to analyze the role that the Falangist organization had as an intermediary in colonial institutions. A work aimed at understanding the intersection between the categories of gender, race and class in the formulation of imperial imaginaries.