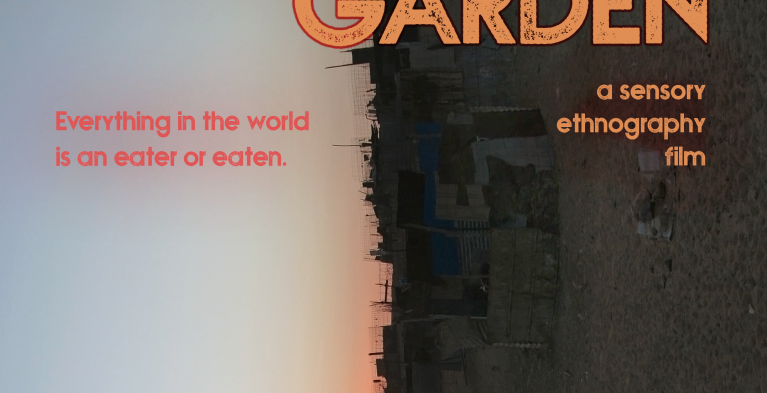 Film shot in the Sahrawi refugee camps near Tindouf, in southwest Algeria.

The film situates the viewer within a makeshift space of an animal market in Algeria. Drifting between feeding and waiting, one attunes to the bodies of goats and camels, the oldest companions of Arab men. As we move deeper into the desert, the site turns into a sacrifice zone and reveals its dark geopolitical secrets.

The sensory ethnography film will invite you to question the banality of displacement, confinement and exploitation in an out-of-sight territory.

“In the Devil’s Garden” is a complementary piece to Solaris (2015, 25 min.) and Living Water (forthcoming, app. 60 min). It completes the trilogy on late capitalist modernity as it assembles in three distinct places – a shopping mall, a refugee camp and a resource extraction site.

Pavel Borecký (Prague, 1986) is a social anthropologist and an audiovisual ethnographer. As a holder of MSc in Sustainable Development and MA in Social Anthropology, he completed various primary and applied research projects in the fields of ethnobotany (Peru), civic society building (Estonia) and urban development (Czech Republic – Anthropictures).