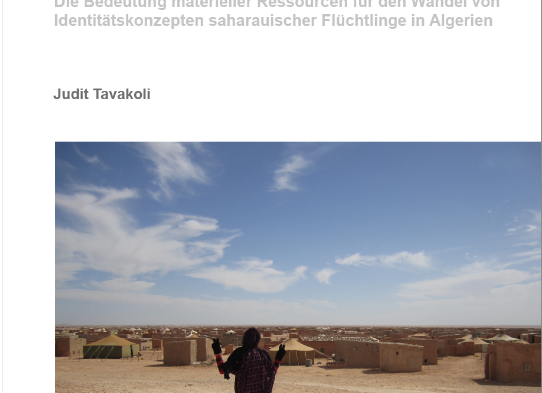 The importance of the material environment for the self-image of long-term refugees has received little attention so far. For identity discourses, however, the cognitive and sensual-physical relationship to things is of central importance and thus also gains political relevance, as shown in the case of Saharawi refugees in Algeria.

The Western Sahara conflict is hardly known to the German public. The inhabitants of the territory formerly colonized by Spain fled from the Moroccan and Mauritanian occupation to the neighbouring country in 1975. There they still live in refugee camps – in which they have created quasi-state structures – and demand the decolonization of Western Sahara as provided for under international law. Expulsion, flight and dependence on international aid, followed by a gradual opening of markets and the increasing influence of global goods, led to constant changes in the material environment of the refugees. Saharawi identity discourses and the cultural policy based on these discourses are of strategic political importance not only in the refugee camps, but also in the Moroccan-occupied Western Sahara.

link to the editor’s page (german)