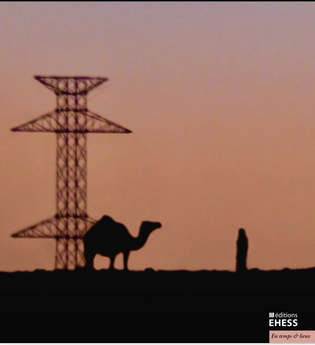 In the oases of Wad Nûn, there is no apology for autochthony, no preeminence of the first to arrive: everyone comes from elsewhere and takes care to preserve and display the memory. This elsewhere is oriented: to the south, prestigious, is attached an ideal of purity of the Hassāniyya language and nomadism; in the north, a sedentary and Berber-speaking culture from which the Saharan Arabic speakers seek to distinguish themselves. From body techniques to kinship relations through marriage ceremonies and ties to the land, a large number of Tekna practices are crossed, against a backdrop of the Western Sahara conflict, by this tropism. Claire Cécile Mitatre has endeavored to bring it out in a fine ethnography, lively and attentive to the reflexivity of the actors.

Claire Cécile Mitatre, anthropologist, is a lecturer at Paul-Valéry University Montpellier 3 as well as at Ecole Polytechnique Paris-Saclay and member of CERCE (EA 4584-E1). Since 2003, she has been conducting research on the Sahrawis of Western Saharan Africa, based on long-term fieldwork. Her work brings to light networks of correspondences between social facts of very different sizes, starting from micro-relations (kinship relations, breastfeeding, body, production of images), to large-scale facts (tribal inter-relations, slave trade, nationalism, international politics, cultural heritage). She has notably published the book El Melhfa. Feminine drapes from the West of the Sahara (Malika éditions, Casablanca, 2011/2014 for the English and Arabic translation). C.C. Mitatre is a member of OUISO.